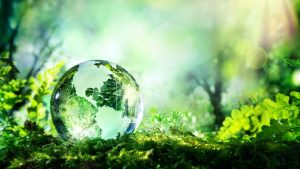 Energy is the lifeblood of our society.

It’s tied to the cost of our food, clothing, housing, healthcare and the inventions of our modern societies. The less it costs and the fewer resources it consumes, the more society flourishes. Human development progressed after we replaced energy sources that used a lot of effort to harvest such as wood burning and draught animals. From 1AD to 1650AD per capita GDP did not increase and people lived and died in poverty. Burning wood and growing crops only produced about ten units of energy for each unit of effort invested. This was just enough for subsistence living and nothing for surplus development[i]

After 1650AD coal burning started and societies went from gaining ten units of energy at subsistence levels to thirty units for every unit expended. The world grew and flourished from surplus energy. Nuclear power can deliver vastly better gains. Current plants provide a hundred units of energy for every unit invested. Newer fourth generation types such as molten salt reactors could see this multiplier double again. Atom for atom, splitting the uranium nucleus gives us 20 million times more energy than burning an atom of carbon.

Most of us hoped that switching to low carbon energy sources would create a system with reduced environmental impact. Unfortunately attempting this with wind and solar ignores history’s valuable lesson – increased energy density drives wealth and creativity.

Harvesting our environment for low grade energy using wind and solar yields poor returns for our efforts reverting to values of around ten similar to when we burned wood. Worse still, a high price will be paid by our native habitats and rural landscapes. Society cannot be held hostage to the vagaries of the weather. Load shedding by industry is raising the white flag on our economy. The risks of failure with randomly variable power sources are so high, and their environmental toll so great, that we must embrace a sustainable large scale roll out of nuclear energy.

We know from history that technologies can have greater impacts than we initially recognise. In the 1950s the public was swayed by the freedom of private motor vehicle use. This led to urban sprawl and the destruction of public transport infrastructure such as the removal of Sydney’s tram network. The car came to dominate the design of our cities and towns. Consumerism grew to match our sprawl and required the ability of cars to carry goods from huge car parks in a way that individuals on public transport could never match.

Consumerism has now found fertile ground in distributed and micro energy systems with the rush to subsidised solar PV combined in some cases with batteries. The equipment is consumer grade and, in the hands of people who did not sign up to be micro power station managers, it’s questionable how these systems will perform or last. Under ideal conditions, they use at least twelve times the materials per unit of energy of a modern nuclear power plant and generate twelve times the emissions.

The trouble is, as the Canberra Battery Testing Centre recently found, battery storage fails quite often with only 25% working as they were supposed to. The rest had problems ranging from temporary breakdowns to complete failure. Failure of PV systems and batteries, or early upgrading to newer technology, means they become high carbon emitting, materials intensive sources of electronic pollution.

The United Nations[ii], the European Union Joint Research Council[iii] and EDF[iv] have reported on the life Cycle Assessment of electricity generation options. They found that nuclear energy has lower emissions than any other generating source including wind and solar. Current nuclear plants have emissions as low as 4 gr CO2/kWh. Wind is typically around 30 gr CO2/kWh but with the addition of material’s hungry batteries emissions climb to 110 gr CO2/kWh. Solar is similarly afflicted with emissions intensities up around 70 gr CO2/kWh inclusive of batteries even in ideal conditions.

Nations and states with nuclear energy such as France, Sweden and Ontario consistently have amongst the lowest emissions and no nation, without strong backup from its neighbours, has yet achieved low carbon emissions with wind or solar.

The energy density of nuclear fission drives its very low materials consumption. If the term “renewable” is to mean anything sensible then nuclear energy is the best example.

In addition to the climate change potential, the UN report expanded its comparisons to a further thirteen environmental metrics covering things such as exotic minerals, particulate matter, pollution of the land and seas and water use. When it came to issues of non-cancer forming human toxicity, nuclear energy and wind were equal, beaten only by small scale hydro. As a source of human cancer forming toxicity nuclear energy carries less risk than almost all other energy systems including wind and solar and is beaten only by small hydro.

When all factors were tallied in the UN report, nuclear energy performed better on environmental grounds than wind and PV and was only beaten by small hydro.

Finally, we come to the human toll. The large nuclear plants being built by France are expensive because the French are rebuilding its industrial and human capacity and inventiveness. As the roll out continues, costs and timelines will reduce and the result will be secure low carbon energy for France and Europe more widely.

Cross the border into Germany and we see the fearful toll on humanity and the environment being extracted by German energy policy. As the war in Ukraine rages, Germany leads the charge in funding Russian war crimes by purchasing oil and gas. This action flows directly from a Greens’ party led push to turn off nuclear power plants in favour of increased gas and coal burning.

Germany could turn its nuclear power plants back on. It could reduce emissions; it could increase arms shipments and it could help to save Ukrainian lives, but chooses to support Putin instead.

Solar PV extracts a similar human toll. In Australia we could choose to invest in our industry and human talent by a nation-wide roll out of nuclear power plants. Instead, we choose to import PV systems from China manufactured at the lowest cost by slave labour[v]. The People’s Republic of China (PRC) has placed millions of indigenous Uyghur and Kazakh citizens from the Xinjiang Uyghur Autonomous Region into what the government calls “surplus labour” and “labour transfer” programmes. Here, some 45% of the world’s polysilicon is made and 90 Chinese and international companies have supply chains which are affected. If your solar gear is made in China, chances are it’s on the backs of slave labour and that’s what underpins the CSIRO and AEMO’s claims for cost reductions in solar energy.

Our new Government needs to put the labour back into Labor. We cannot hitch our energy security onto low-cost imports of polluting solar and wind equipment requiring continuous replacement from places like China and India.

We must invest in our own human capital just as France, Canada and South Korea are doing with their nuclear energy programmes.