The Grid and Big Costs
The Economics of Nuclear

Nuclear energy on the Australian grid has three key benefits:

There are however significant limitations when combining nuclear energy with high levels of renewables.

Wind and solar are heavily subsidised on the grid. They do not include all the costs of energy delivery such as extended grid connection costs. These costs are paid for through a separate regulated asset base and included on our bills. Further, as previously noted grid ancillary services that are provided to enable wind and solar to operate are not included in the energy market but are paid through a separate Frequency Control Ancillary Services Market (FCAS). Finally, subsidies are also levied through the Large Scale Renewable Energy Certificates which currently trade at around $41/MWh. These enable wind and solar to bid into the NEM at zero and negative prices.

A scenario with a mix of 50% nuclear with renewables was modeled  and the results are shown graphically in the following image. The impact of priority access to the grid through subsidies causes nuclear power plants to operate at low capacity factors. In this case 82%. 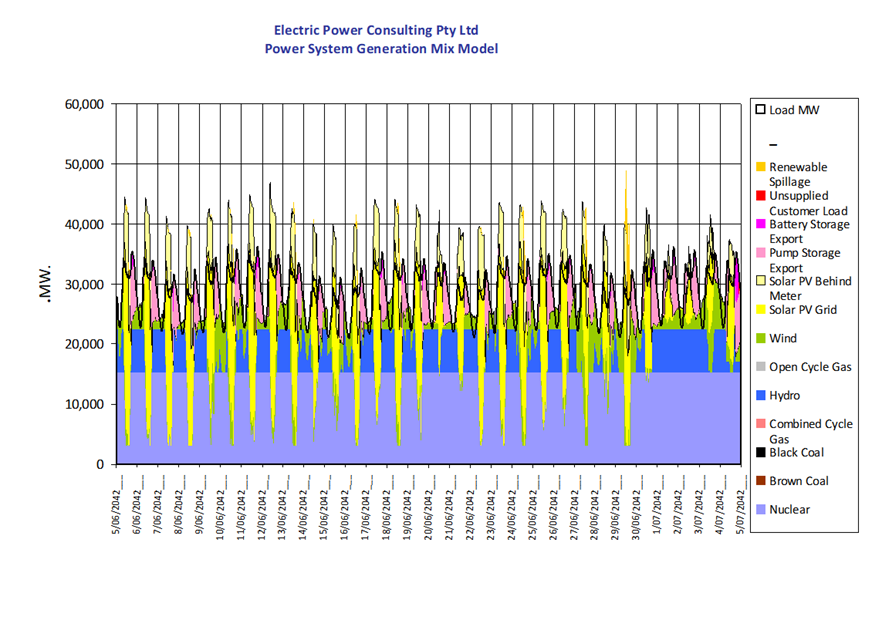 Under the conditions of 50% nuclear operating with variable renewable energy the options are:

Nuclear load following while possible may not be cost effective.

So now to the Nuclear Integrated System Plan for Australia – the optimal solution
In this mix we have Solar Utility PV at 11%, Roof Top Solar 6%, Existing Hydro at 7% and Nuclear Energy at 76%.

This system makes maximum use of our existing grid.
The following image shows how the generators combine to meet the total demand for electricity 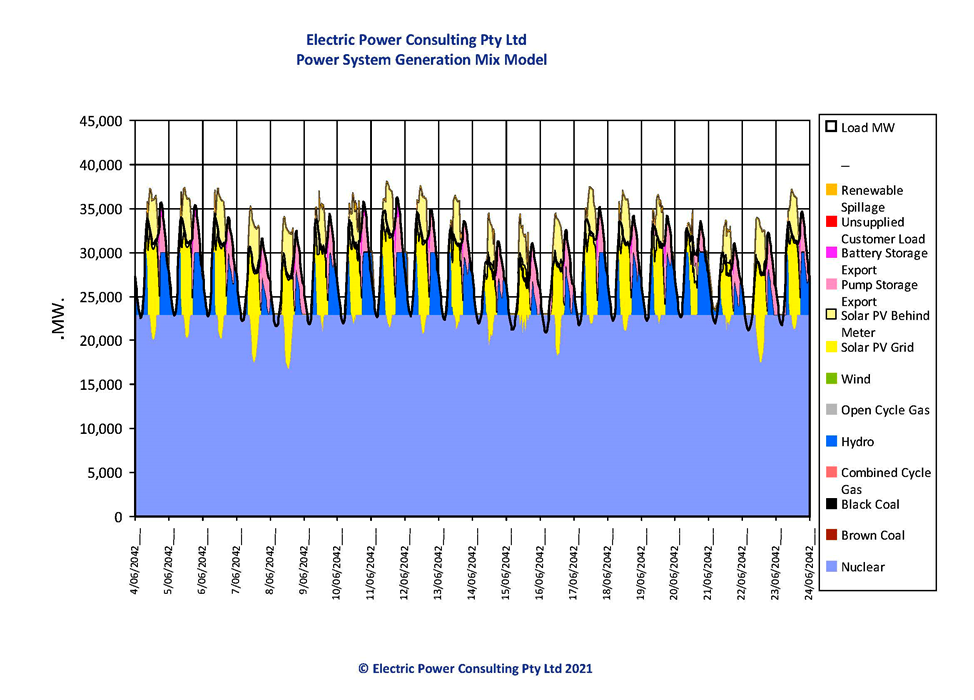 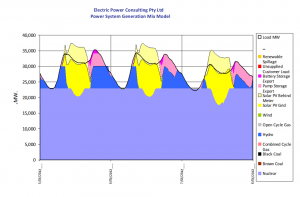 In this three day image note the black demand curve.

The Grid and Big Costs
The Economics of Nuclear