How Many Nuclear Plants?
Site Selection

At least 65% of the cost of a nuclear energy program using large reactors can be met by jobs and resources from within Australia. The maintenance, security and ongoing operations at the reactor sites creates sustainable well trained and knowledgeable jobs resulting in stable communities.

With the retirement of Australia’s aging coal fired power stations we can build 1.1-Gigawatt nuclear power plants. They could be linked to the existing grid and use the cooling resources of existing coal plants.

An employment and economic analysis of such a single unit plant was recently completed in Finland for its new Hanhikivi 1 nuclear power plant.  This indicates that for a similar plant in Australia:

Renewable Energy projects have manufacturing costs which are dependent on low labour rates in developing nations and they have very high levels of imported content. Nuclear energy however represents an opportunity for the industrial renewal of the Australian manufacturing sector especially in regional Australia.

A fleet of nuclear power plants can have steadily increasing the local content. This happened most strongly in France, South Korea, Japan and more recently in China. The same could happen in Australia. The very first plants could have at least 70% local content for labour and materials. Risk informed sourcing is a process used to ensure commodities and labour skills match the level of sophistication relevant to a particular process. As Figure 7 and Figure 8 show this could steadily build into the higher risk areas, which in practice only make up a small part of the project value. 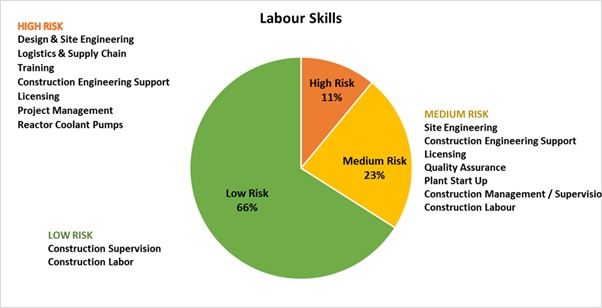 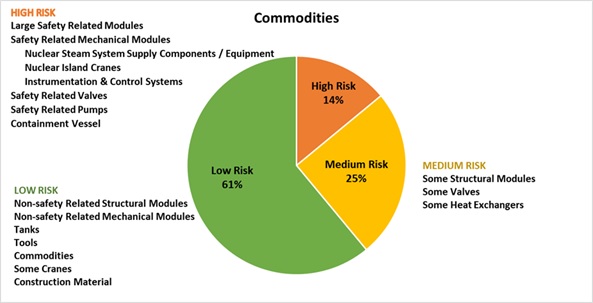 How Many Nuclear Plants?
Site Selection