Mankind will have to exist in an environment substantially different to that in which he evolved. The implications for all plant and animal species on the planet are profound.

The impact of a minor period since the beginning of the industrial revolution is destined to reshape our destiny for millennia. We have the tools and knowledge to address this threat and the adopting nuclear energy is the most effective measure that our nation can carry out to meet the challenge.

Three graphs drawn from these websites highlight the need for urgent action (click on each image for more detail): 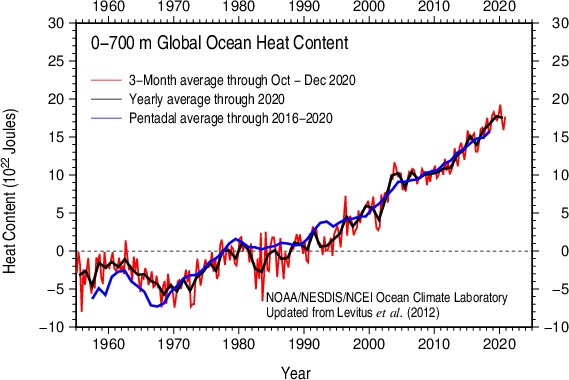 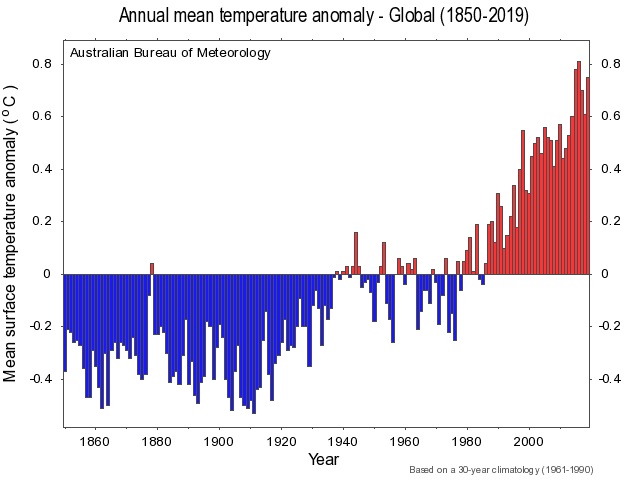 Figure 1 – Heat gain in the World’s Oceans shows that over 90% of the excess heat resulting from manmade climate change goes into heating the World’s oceans. It is this excess heat that causes increasing severity of cyclones and typhoons and results in elevated land temperatures. It is the flow of this heat around the globe that causes melting of the Arctic ice and undermines the Antarctic ice shelves and will inevitably lead to significant sea level rise within this century.

Figure 2 – Worldwide temperature anomaly through to 2015 shows the continued escalation of the World’s surface temperatures and the sharp increase of global temperatures in 2015 following some 10 years of a hiatus in temperature increases. Note however that no hiatus occurred in the inexorable increase in ocean energy uptake shown in Figure 1.

Figure 3 – drawn from the IPCC provides a stark reminder that the impacts of our failure to address climate change will fall most heavily upon our grandchildren. Their life expectancy and quality of life will not reach the levels that we have enjoyed.

An honest evaluation of nuclear energy for Australia is essential for carbon reductions because at a national level no nations have made substantial reductions in emissions using intermittent renewables (IR) such as wind and solar.

Energy density is often described as one of the main benefits of the nuclear fuel cycle but what does this mean for emissions reductions?

It means that nuclear power reactors :

Currently in Australia measures to address climate change are compromised by timidity on the part of our political process and sections of the media. There is a unwillingness to address the gulf between the generating capabilities of intermittent renewables (IR) such as wind and solar and the magnitude of emissions from our primary energy sources as shown in Figure 4.

Of necessity we must address system wide emissions and performance

Frequently, emissions reduction measures prepared by Government and Non Government agencies fail to address the system impacts of wind and solar taken together with gas backup. If we are to implement effective low carbon generators these reports must:

Future carbon reductions must be based upon system results and not individual levelised costs of electricity(LCOE). If Australia continues with the implementation of intermittent renewable energy with gas backup we run a significant risk of “plateauing” on an electricity system which emits about 350 gr. CO2/kWh. At this point we will have exhausted our budget for further reductions and not have sufficient generation to make inroads into other sections of our primary emissions including transport.

An outline of the characteristics of carbon abatement

If we are to achieve meaningful emissions reductions in Australia we must address all sectors of our carbon emissions shown in Figure 4.

An energy production system that can meet this challenge would have the following characteristics:

Implementation of nuclear energy in Australia will transform much of our economy and provide an inspirational direction for the Australian workforce. It will enable Australians to create a more autonomous first rate scientific and industrial society.