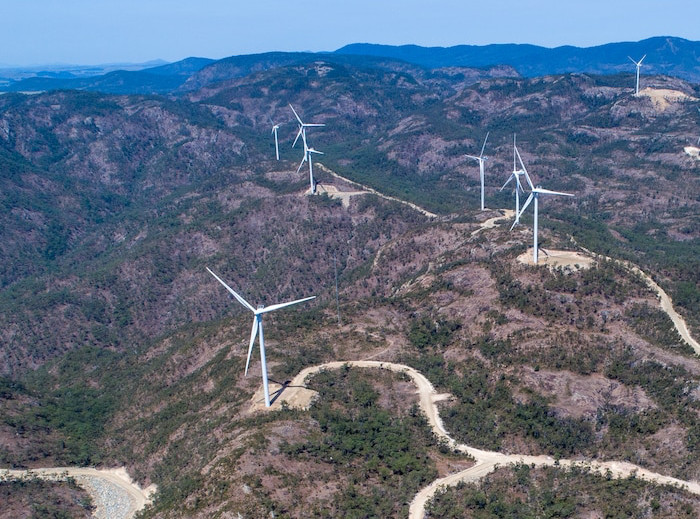 This is the Kaban wind farm site in North Queensland being cleared right now for a renewable wind farm project.
The next wilderness to be cleared and fragmented is Chalumbin for a similar wind farm that is four times bigger than Kaban.
The Magnificent Brood Frog is now closer to extinction. The 75m wide haulage roads cut straight through two of the three only known locations where frogs are found on the site. So much for no net-loss of habitat in the species Recovery Plan.
The EPBC environmental offset is a complete farce. The balance of land that isn’t cleared is the offset! This is a complete failure of the Environmental Protection and Biodiversity Act (EPBC Act).
Of all the pathetic talk about protecting habitat for Greater Gliders is a joke.
The Kaban and Chalumbin sites contain some of the most special forests that abut the Wet Tropics World Heritage Area.