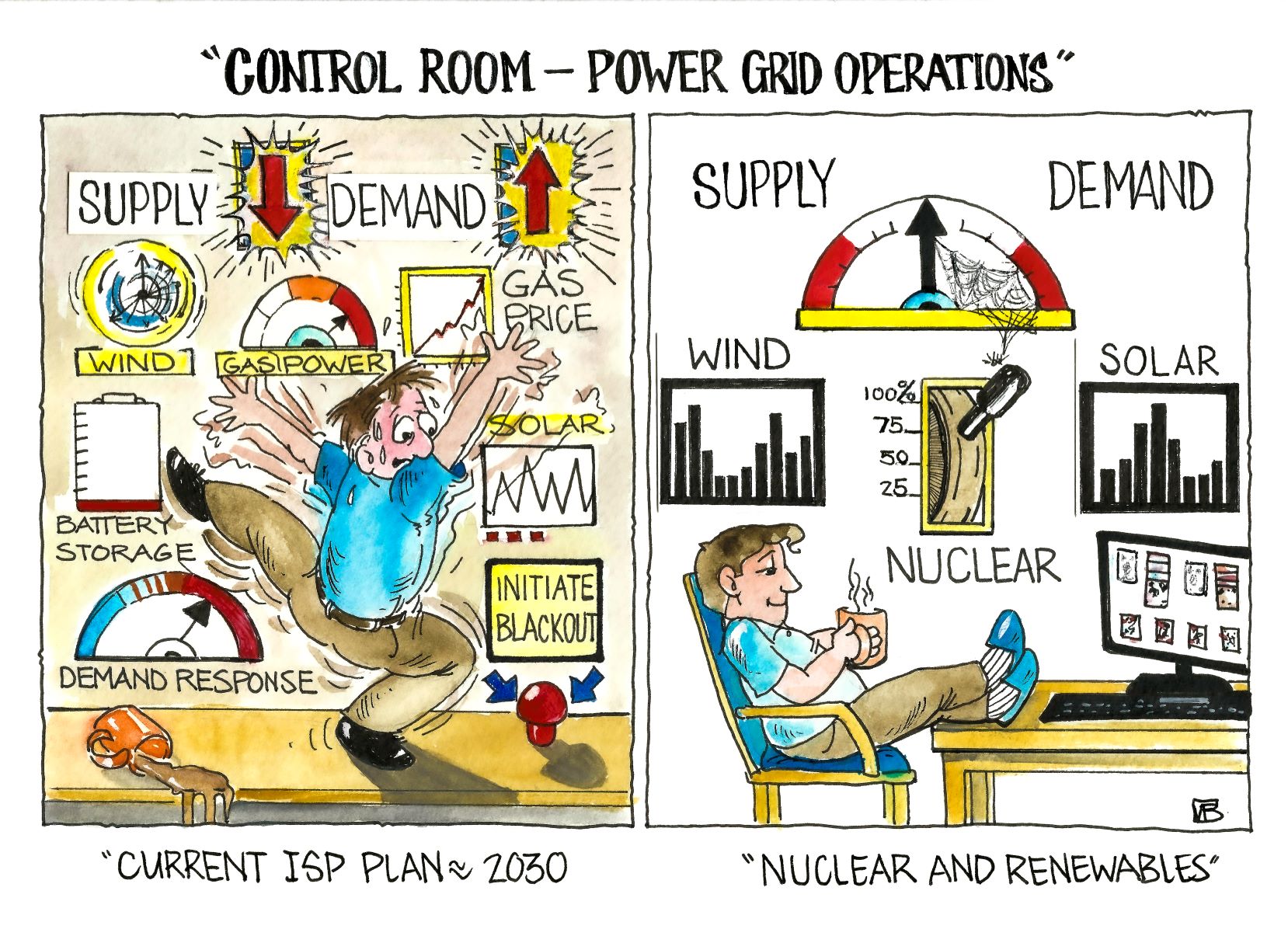 “Most human beings have an almost infinite capacity for taking things for granted”.

“Taken in its entirety, the grid is a machine, the most complex machine ever made. The National Academy of Engineering called it the greatest engineering achievement of the 20th century. It represents the largest industrial investment in history.”

Over the course of the 20th century, nations with advanced economies gradually built electrical networks to transmit electrical power long distances, from power stations to large load centres and to then distribute it within those load centres (T&D). Developing nations are now busily building out their own electrical infrastructure. 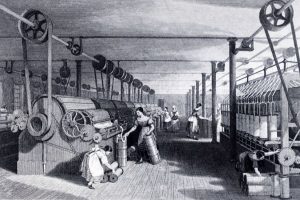 But why did electricity become the ubiquitous form of energy? After all, gas lighting was common in the early 20th century as were kerosene fridges and wood stoves and water heaters. Industry made extensive use of centralised steam-driven rotating energy. Why has lighting and refrigeration been completely converted to electricity and why is cooking heat, water heating and space heating dominated by electrical appliances? And why does industry rely on electrical motors for over 99% of mechanical drive applications?

Other than a handful of visionaries, it was not obvious to people that electricity was that useful to begin with. Kerosene lanterns served as admirable sources of light and, unlike the new electric light technology, did not require expensive cables be retrofitted to homes and businesses. But then the electric motor was developed. Over time, inventors and engineers realised that the same cable could be used to provide power to run fans, compressors, heating elements and dozens of other devices. Many challenges had to be overcome to make this invisible, silent, and potentially dangerous source of energy safe for widespread adoption. Advances in transformers, insulation technologies, protective relaying and measurement were all necessary. Innumerable power and control devices located throughout the network and working in perfect coordination was a crucial precondition for a reliable grid and this is still true today. A second precondition was prudent investment in power system redundancy.

Much later, and only because electricity was so widely available, computer scientists and engineers realised that microelectronic circuits and later computers could use this source of convenient and reliable energy. The preceding 50 years of development in electrical power engineering enabled the development, then boom in industrial and personal electronics which are now as ubiquitous as the electricity network which spawned them.

And the spread of electrification is not over, in fact it is likely entering another growth phase which will dwarf the demand increases seen in advanced economies over the last 30 years. As governments and citizens around the world grow more concerned about the impact of CO2 emissions on our planet and changing geopolitical realities heighten the importance of energy security or sovereignty, more of our transport sector will transition from using fossil fuels to electric vehicles (EVs) or hydrogen fuel cell vehicles (FCVs). The hydrogen for FCVs does not exist in nature in useable form (unlike fossil fuels) but is released from water using electrical power. Lots and lots of electrical power. Industry is also looking at ways of using electricity or hydrogen to replace coal in traditional blast furnaces used for steel manufacturing & increase the efficacy of recycling to reclaim raw materials.

Regardless of which automotive technology is taken up in greater numbers, our society’s demand for electricity is set to soar.

This sprawling and complex network does not operate autonomously – in fact it is rather fragile and requires constant intervention by network operators. Importantly, the control of the electrical network is centralised because historically, this has proven to be the only viable operating approach. Every second of every day, network operators, demand forecasters and power station operators need to ensure that the supply of electricity exactly matches the demand and that the network of power lines can get the electricity to where it is needed without becoming overloaded. Failure to do so results in power blackouts which, mercifully, are exceedingly rare in Australia. One reason for this is the disciplined and well-trained personnel that operate and maintain our electrical infrastructure and I feel lucky to have observed and worked alongside these men and women in a professional capacity.

So, we understand that operating the traditional electrical grid, with large, centralised power stations and one-way power flows is already complex. We also know that our demand for electricity, and so out reliance on it, is set to increase as EVs and FCVs replace cars, trucks and buses that run on petrol and diesel. And the recent blackouts in Texas have reminded us that modern societies like Australia rely on electricity to a degree that is only apparent when it is taken away from us.

And despite all this, AEMO and various state government policies are going to dangerously compromise network reliability by making electrical grid operations even more complex. It is not yet clear how generation redundancy will be impacted by increasing solar and wind but as it becomes less financially viable to leave coal generators supplying the grid at low capacity factor, privately-owned generators will be forced to retire these units instead of suffering ongoing losses.

Whilst our legacy coal-fired power fleet have become reviled for their outsized CO2 emissions, they continue to provide essential operational flexibility to network operators. Power station operators are learning to ramp their generators up and down with a regularity that were never anticipated when they were designed and built. Combined with open cycle gas turbines (OCGT), this gives grid operators the ability to compensate for rapid swings in power output from wind and solar generation or when another baseload generator trips. They also provide non-energy grid services which can only be provided by thermal generators such as frequency control and spinning reserve that allow network operators to shore-up the robustness of the grid.

Many of these power stations are approaching the end of their operating lives and are being operated in a fashion that is making them less reliable overtime. What will replace them?

There is much talk of battery storage, but this excitement is sadly misplaced. The mathematics of providing grid-scale back-up of intermittent renewables across hours, days or weeks for an advanced industrial society quickly establishes that hope should be abandoned when it comes to grid-scale batteries.

Note: Grid scale batteries such as Hornsdale are very effective for fast response services and will be essential as renewable energy becomes more widespread. This does not mean they are suitable for grid scale storage which spruikers claim can be combined with intermittent renewables to replace baseload thermal generators. These are very different applications which operate on very different scales.

Whilst expensive, pumped storage is more readily scalable than batteries and, providing our dry nation receives consistent annual rainfall, projects like Snowy 2.0 will increase our ability to store modest amounts of renewable energy, round trip losses notwithstanding. Unfortunately, we don’t have the climate or geography of Norway, Sweden or Canada so whilst pumped hydro could be part of the energy-storage mix, it will never be the silver bullet that can replace thermal generation.

What about hydrogen storage? Despite having poorer round-trip efficiency than batteries and despite the need for vast amounts of ultra-pure water and despite the difficulties of constant operating swings of electrolysis units to match the changing output of wind and solar (aka yo-yo operation) and despite the difficulty of economically sourcing enough platinum, ruthenium and iridium to make the cathodes and anodes (some of the rarest and most expensive elements)…hydrogen (actually ammonia) does have some promise. But let’s be realistic. All the worlds industrial capacity to economically scale ammonia storage and propulsion technologies will not be enough to displace fossil fuels in transport applications till the end of the century. And then it might be considered a serious option for grid-scale energy storage…we need to replace our current generation fleet at least once, maybe twice, during that time.

What about demand response? International experience indicates that the uptake is very minimal and doesn’t provide good value for money. Similarly, household solar generation and storage is not only the most expensive way to produce electricity, it also creates the most waste and creates enormous headaches for distribution networks which require substantial upgrades to reverse the direction of power flow twice a day. As the subsidies for home PV systems gradually wind down before disappearing in 2030, only crippling energy prices would prompt anyone to replace these systems at their own cost and it is likely that by mid-century, home PV systems will be a thing of the past.

Note: The winding down of subsidies from the small-scale renewable energy scheme commenced in 2017 and decreases each year until 2030 when the scheme ends.

We are already seeing some evidence of the grid becoming more difficult to manage. AEMO uses two market facilities to give network operators access to certain attributes that can only be provided by power stations with a rotating generator (coal, gas, hydro, nuclear). These are called RERT (reliability and emergency reserve trader) and FCAS (frequency control ancillary services). Previously there was little requirement for these services, or in the case or RERT, none at all. But that has changed in recent years as shown in the chart below. 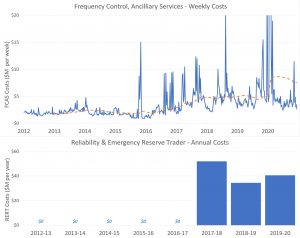 There is no single reason for the escalating RERT and FCAS costs, however accommodating the increasing penetration of intermittent renewable energy is known to be a major contributor to the increased difficulty of grid operations implicit in the trends above. Ailing reliability of legacy coal-fired power stations is another factor.

Finally, the traditional grid has one advantage over the “grid of the future” – it’s already built and operational. The cost of adding new transmission lines, upgrading existing transmission and distribution capacity and re-configuring the way these systems work so they can accommodate constant, large and fast changes in power flows will cost a bomb. Recent American and European experience points to the difficulty of permitting new transmission lines and this is before one considers the enormous cost – costs that are rarely acknowledged in public discussions when spruikers talk about growing penetration of intermittent wind and solar and “the grid of the future”.

Under the AEMO ISP, our electrical grid will soon be expected to manage patchy grid-scale storage, increasing reverse power flows or “vanishing loads” from behind-the-meter PV systems, dozens of infrequently operated OCGTs, unreliable demand response markets… all whilst trying to integrate more intermittent renewable energy. This will compromise system reliability and place more strain on our electrical grid and the men and women who operate it 24/7/365. I’m afraid that losing our legacy coal-fired power stations will tip them (and us) into widespread blackouts more frequently than what we are accustomed to.

The electrical grid of an advanced industrial nation needs to be as simple and robust as possible. It also needs an “anchor tenant”. Nuclear energy is the only technology that can replace coal-fired power stations and allow us to integrate more renewable energy whilst maintaining the reliability that is essential. Anyone who tells you that we don’t need a dispatchable baseload “anchor tenant” to backstop our electrical grid is expecting our society to take a leap of faith which has a high probability of ending badly.