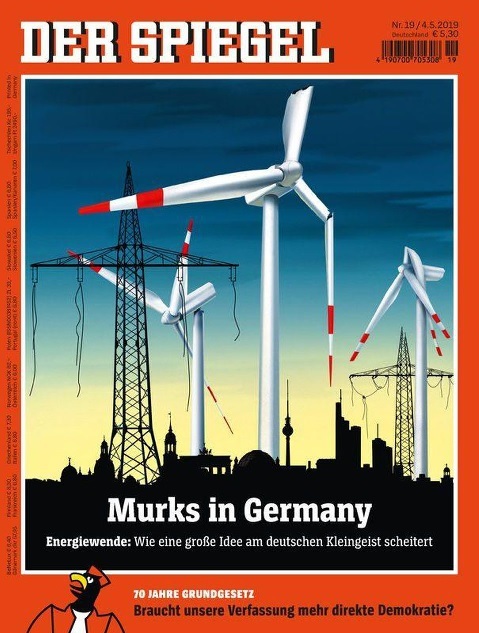 Climate Change policies are for me the key issue of this Federal Election but I have grown increasingly angry about “aspirational” policies that result in no effective action.

These policies that are scattered over the voters like pixie dust. This election is no different, with Labor promising to reduce Australia’s carbon pollution by 45 percent on 2005 levels by 2030, and to reach net zero pollution by 2050. Their policy requires that 50 per cent of the nation’s electricity is to be sourced from renewable energy by 2030 while at the same time targeting 50% of Australia’s motor vehicle sales to be electric vehicles by that year.

Like pixie dust, these policies are an illusion that has no successful International precedent. They are dangerous policies because, while the Coalition Parties make no pretence to properly address carbon reductions Labor prolongs the agony by holding out false hope. No major industrial nation with an isolated grid such as Australia’s has yet succeeded in generating electricity using wind and solar at levels even exceeding 20% wind and solar let alone 50%.

I really want to see Australia achieve a rapid and cost effective draw down of our carbon emissions but so far only nuclear energy and hydropower have enabled countries to reduce their emissions to around the 50 gr CO2/kWh required for effective climate action.

Australia’s hydropower resources are fully exploited and in any event the environmental impacts of hydropower can be disastrous both for rivers and climate change. Nuclear energy is the only electricity generating source that has proven capable of meeting our climate change targets in a costs effective way with an incredibly small environmental footprint.

Labor outlaws nuclear energy and has clearly taken the bait from German policies on carbon reductions. Over the last decade, journalists and climate change activists have held up Germany’s renewables energy transition, the Energiewende, as an environmental model for the world.

“Many poor countries, once intent on building coal-fired power plants to bring electricity to their people, are discussing whether they might leapfrog the fossil age and build clean grids from the outset,” thanks to the Energiewende, wrote a New York Times reporter in 2014.

But then, last year, Germany was forced to acknowledge that it had to delay its phase-out of coal, and would not meet its 2020 greenhouse gas reduction commitments. It announced plans to bulldoze an ancient church and forest in order to get at the coal underneath it.

But Germany didn’t just fall short of its climate targets. Its emissions have flat-lined since 2009. 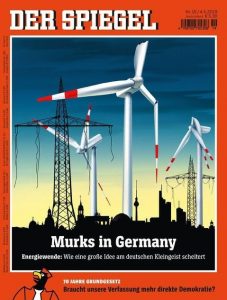 “The Energiewende — the biggest political project since reunification — threatens to fail,” write Der Spiegel’s Frank Dohmen, Alexander Jung, Stefan Schultz, Gerald Traufetter in their a 5,700-word investigative story (the article can be read in English here).

Over the past five years alone, the Energiewende has cost Germany €32 billion ($36 billion) annually, and opposition to renewables is growing in the German countryside. “The politicians fear citizen resistance” Der Spiegel reports. “There is hardly a wind energy project that is not fought.”

In response, politicians sometimes order “electrical lines be buried underground but that is many times more expensive and takes years longer.”

Solar and wind advocates say cheaper solar panels and wind turbines will make the future growth in renewables cheaper than past growth but there are reasons to believe the opposite will be the case.

Between 2000 and 2019, Germany grew renewables from 7% to 35% of its electricity. And as much of Germany’s renewable electricity comes from biomass, which scientists view as polluting and environmentally degrading, as from solar.

Of the 7,700 new kilometres of transmission lines needed, only 8% have been built, while large-scale electricity storage remains inefficient and expensive. “A large part of the energy used is lost,” the reporters note of a much-hyped hydrogen gas project, “and the efficiency is below 40%… No viable business model can be developed from this.”

Yet this is the type of technology currently being advocated by CSIRO, our Chief Scientist and ARENA for use in Australia.

Meanwhile, the 20-year subsidies granted to wind, solar, and biogas since 2000 will start coming to an end next year. “The wind power boom is over,” Der Spiegel concludes.

All of which raises a question: if renewables can’t cheaply power Germany, one of the richest and most technologically advanced countries in the world, how could mid level economies and developing nations possibly succeed?

Germans, who will have spent $580 billion on renewables and related infrastructure by 2025, express great pride in the Energiewende. “It’s our gift to the world,” a renewables advocate told The Times.

Tragically, many Germans appear to have believed that the billions they spent on renewables would redeem them. “Germans would then at last feel that they have gone from being world-destroyers in the 20th century to world-saviours in the 21st,” noted a reporter.

Many Germans will, like Der Spiegel, claim the renewables transition was merely “botched,” but it wasn’t. The transition to renewables was doomed because modern industrial people, no matter how Romantic they are, do not want to return to pre-modern life.

In Australia we need to recognise that the reason renewables can’t power modern civilization is because they were never meant to. One interesting question is why anybody ever thought they could.

Acknowledgement: This article has drawn from a Forbes article of the 6th May by Michael Shellenberger available here: Forbes 6th May