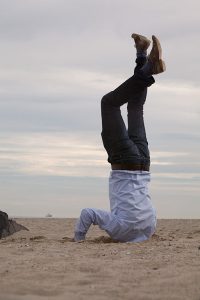 Philip Walker is committed to action on Global Warming. He is an architect, sculptor, a strong supporter of the Arts in our community and for years the secretary of CANWin, a local climate change action group based in the NSW Southern Highlands. He outlines in this note his concerns about the review of the National Electricity Market carried out by the Chief Scientist and its failure to incorporate our best tools in the fight against Global Warming

For more than half a century, many peoples’ perception of nuclear science has been coloured by cultural expression in literature, and popular media. These influences have developed unsupportable prejudices which have too often prevented fair debate, especially in Australia, about the use of nuclear energy for electricity generation.

The recently presented review of the National Energy Market (NEM) omitted to address the potential use of nuclear power for generation of electricity as part of the NEM. This reflects an announcement at a Sydney public forum during preparation of the Review, of an apparent direction by the Australian government that nuclear power be disregarded owing to a perception that it is “too unpopular”. This amounts to a serious omission from our energy market planning at a time when many leading economies are actively pursuing nuclear as part of their energy mix to address security and emissions reduction.

Australia’s Chief Scientist, Dr Finkel presented an account of the Review at the National Press Club on 21 June 2017.  http://www.chiefscientist.gov.au/2017/06/speech-national-electricity-market-reform-a-blueprint-for-the-future/

The address and part of the questions and answers were broadcast on ABC TV. Apart from noting a seemingly irrelevant mention of French Fusion research, to my ears there was no reference to nuclear power, either in his address or from journalists’ questions up until the time the broadcast was cut short.

Dr Finkel said of the NEM Review Panel: “When we met our counterparts overseas, the thing that made the biggest impact on me was the long-term policy certainty in other countries, which enables them to efficiently plan for the energy transition.”

Did they not see the extensive worldwide application of nuclear?

He said: “Consistent with the technology neutral approach to achieving the outcomes, we did not recommend any prohibitions on technology.”

Omission of such a major option inevitably leads to concentration on other options without proper comparisons.

These projections will not be successful achievements. Australia must do a lot better to reduce its extremely high rate of emissions.

In this respect, CSIRO has identified the impossibility of reducing dependence on fossil fuels if reliance on so called “renewable energy” became the plan for our future. Exploration of the options for various energy sources and costs scenarios indicate that elimination of fossil fuels by 2050 can be achieved by the introduction of nuclear powered generation by 2035.  Reliance on ‘renewables’, without nuclear, will mean continued high use of fossil fuels.  https://www.csiro.au/en/Research/EF/Areas/Electricity-grids-and-systems/Economic-modelling/efutures

History has many examples of intellectuals bowing under political pressure to gag open discussion about important public issues.

It appears that the government’s goal is to make discussion of our NEM just go away, regardless of the success or otherwise of its actions.
Dr Finkel said: “…..we will know that we have been successful if, in three years from now, electricity is no longer a topic of discussion in the general community.”

How can the chief scientist support the stated ‘technology neutral approach’ whilst effectively not addressing a real technical option? How can the thoroughness of the Review have any credibility?
If after proper deliberation, the end result would prove nuclear to be unsupportable in Australia for social, technical or economic reasons, then so be it.

Why is there a reluctance to examine all the possibilities by proper scientific process? Why is there fear of the discussion?

This all appears to me as unscientific behaviour. I think we should be hearing more from Australia’s scientific community about the omission of nuclear power from proper consideration in the NEM Review.

Australians must open their minds, put aside prejudice, and act responsibly to clean up our power generation.
All possibilities for the energy mix need to be placed beside each other and dispassionately assessed.