This plan envisages 18 Reactors being constructed in NSW by 2040 providing 20.1GW of capacity operating at a capacity factor of 0.8 to provide 140.9 TWh of annual power. The image shows selected regions of interest  placed on the existing grid. Some regions have power plant numbers assigned to them. These are shown in red and total 18 in number. Lower priority regions have infrastructure limitations and no reactors have been assigned to them. They may be given a higher priority after a detailed evaluation. 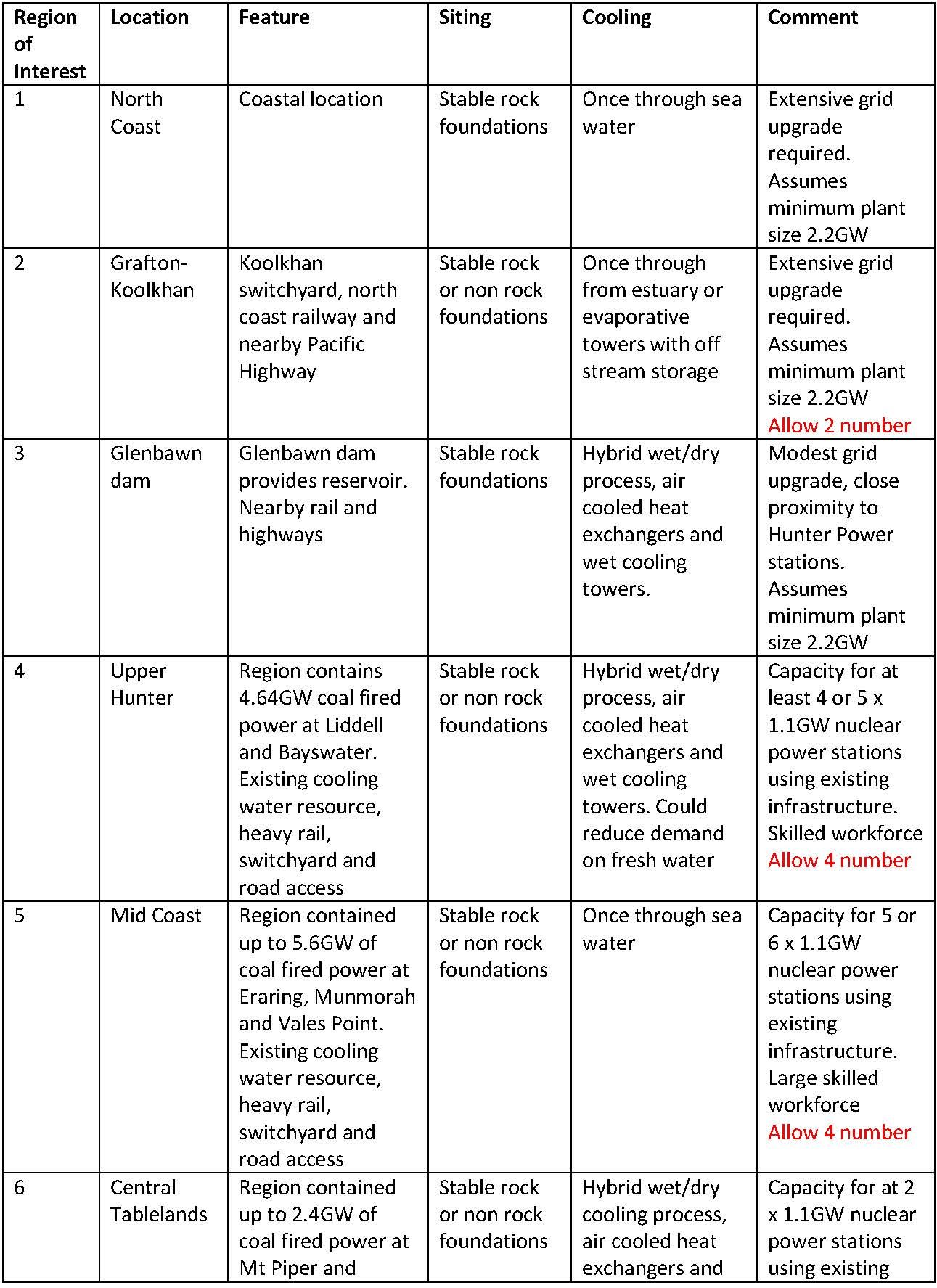 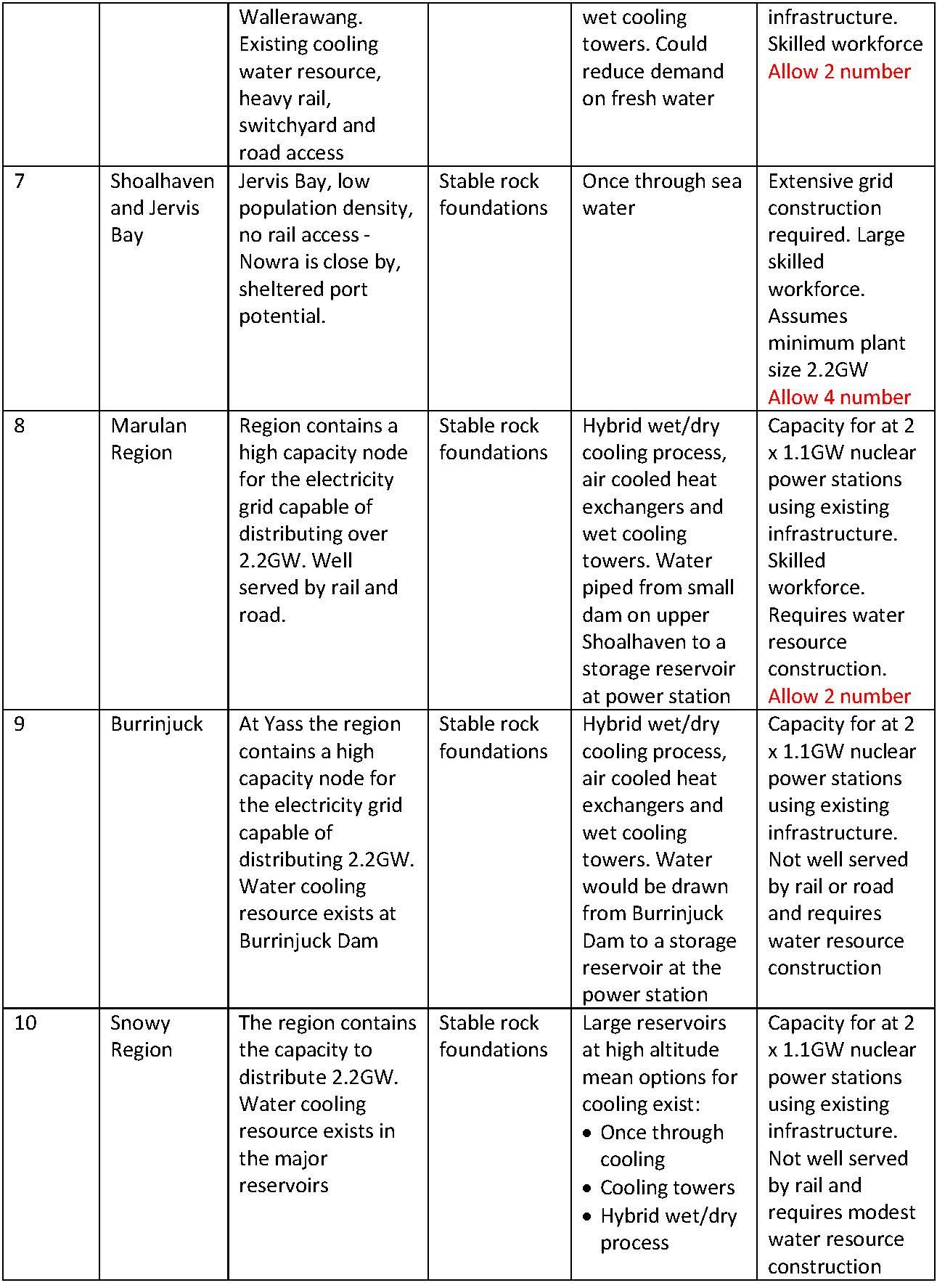 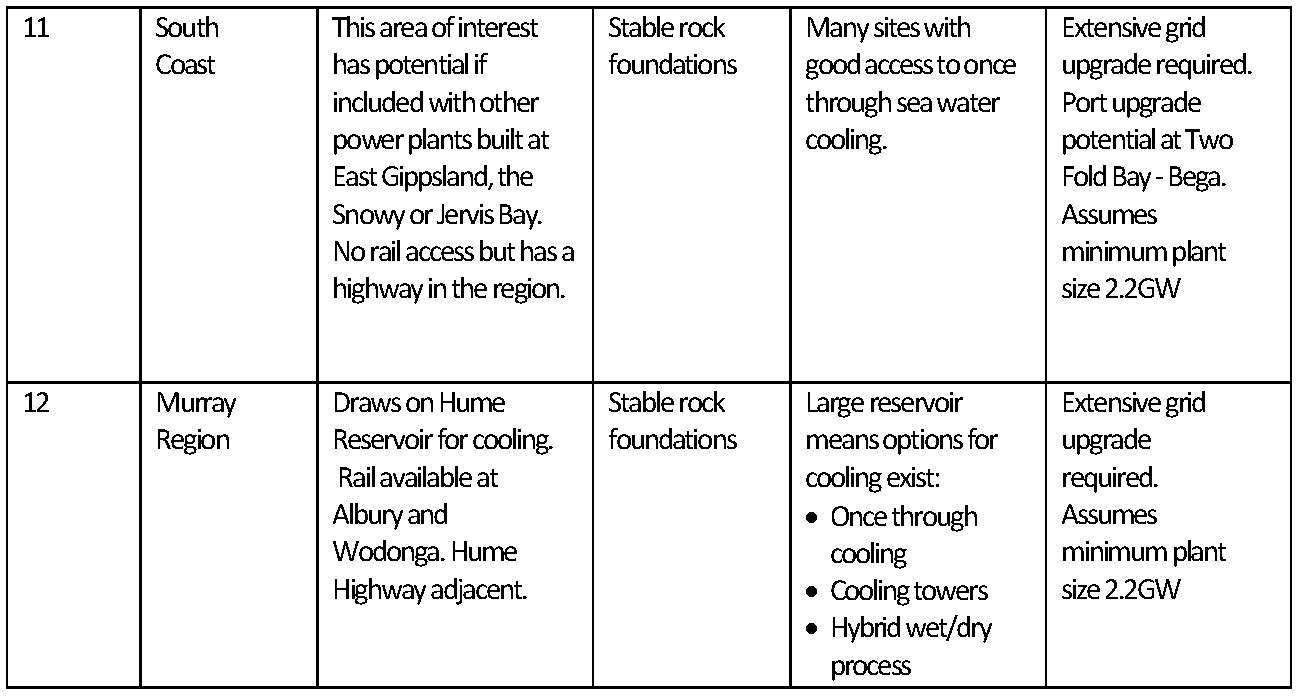 NSW and the National Grid

From a cost perspective advantages are gained where new low carbon generation sources are able to maximise the use of the existing National electricity grid.
In New South Wales some sites such as those in the Central Tablelands, Upper Hunter and Mid North Coast can readily meet the needs of nuclear power plants because they would be replacing similarly sized coal and gas plants. Elsewhere substantial reconstruction of the grid will be required to distribute power from the new Nuclear generating sites. Nuclear power plants are large and are best built with multiple reactors at each site. This means the transmission lines need to be at least 330 kV and ideally 500kV.

New sites will need to be located close by the grid or will require regional grid expansion to be taken into account. This will include in most cases new switchyards and transformers in addition to the transmissions lines.

In New South Wales coal fired plants were constructed adjacent to available coal mines and other infrastructure.
New nuclear plants will where possible take advantage of the resource used for cooling at these plants. On the mid North Coast, this is sea water while in the Central Tablelands and Upper Hunter, fresh water has traditionally been used.
In an effort to reduce the environmental impact upon inland water resources, modern nuclear power plants are being designed to use a hybrid system of air and water cooling. During periods of low water availability the degree of air cooling can be increased though at a modest reduction in power output.
At large coastal plants such as that in the Jervis Bay region, sea water would be the sole form of cooling.

To overcome issues surrounding temperature rises in inland locations cooling towers or mechanically driven systems known as  hybrid and recirculating systems can be used. These are now the only option used in the United States under their EPA guidelines.

While recirculating systems don’t add heat to the river or lake, they do consume water through evaporation. In Australia the availability of sizeable inland rivers are limited though a number of large reservoirs such as Hume Reservoir near Albury or Burrinjuck Dam near Yass could be studied for their suitability.